A tale of two halves! 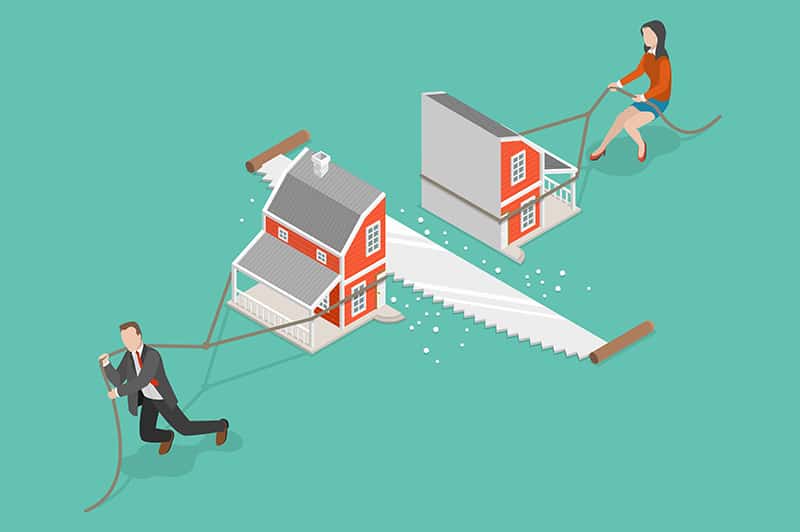 Purchased in their joint names as joint tenants in 2009, Dr Rowland is claiming that the house belongs to him because he paid the purchase price of £1.6m in 2009. He is trying to persuade the High Court to ignore the title deeds which is their record of joint ownership and to find that he is the rightful owner on the basis that it was always understood and agreed between them that the house was his to pass on to his daughter although he argued that Ms Blades would always have the right to occupy the house.

Ms Blades, defending the claim, gave evidence that ownership was always intended to be joint regardless of who paid for the house. This, she argues is reflected in the title deeds. Although she did not contribute towards the purchase, Ms Blades argued in court that she had supported him throughout their relationship and they expected to spend the rest of their lives together

In support of her case that ownership was always understood to be shared, Ms Blades produced an email from Dr Rowland to Ms Blades in 2011 in which Dr Rowland stated: ‘I’ve no intention of trying to “take it away from you” – it’s at least as much yours as mine’.

The trial continues. If the court finds in favour of Dr Rowland, this could have serious implications for couples who have contributed unequally to the purchase of their homes but have recorded ownership in their joint names as joint tenants and who have entered into the purchase believing and understanding that if the relationship should later fail, their record of joint ownership would protect their half share.