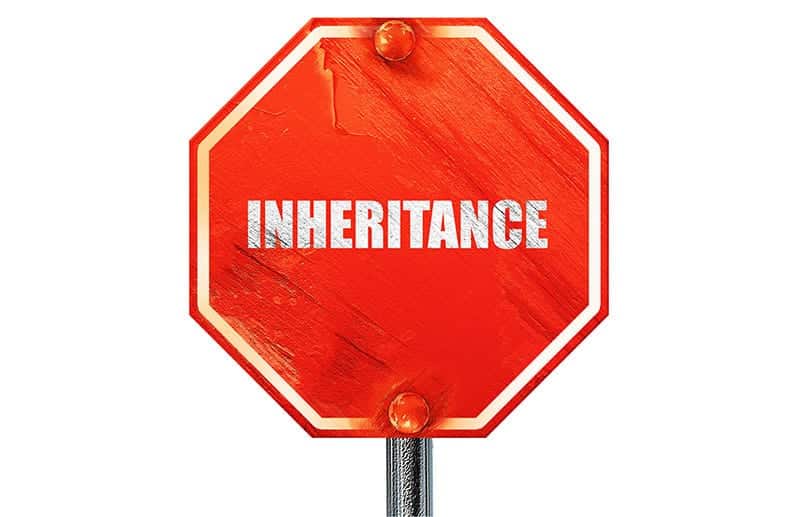 Hands off my Inheritance!!

A question often asked by clients who first come to see us is whether an inheritance can be kept out of the “matrimonial pot” when it comes to dividing up assets on divorce. The answer often depends on whether the inheritance has already been passed on following the death of a loved one or it’s an inheritance that is expected in the future.

Unless receipt of an inheritance is imminent because the death of a loved one has just happened or is expected to happen during the divorce process, future inheritance is not usually taken into account as a capital resource for settlement purposes because anything could happen to that capital between the divorce and death. Usually an inheritance is one received or expected following the death of a parent.  However, there is no knowing when a parent will pass or how they will spend their estate before death. Money and assets may be needed to provide care for a parent in life which means that assets cannot be relied upon as an income or capital resource in divorce proceedings. Another important point is that a Will can be changed at any time before death and a spouse could be removed as a beneficiary under a Will.

The courts approach to an inherited asset might be different however in longer marriages if the inheritance was received early on in the marriage or many years before separation especially more so if the inherited money or assets has been mixed in with the marital ones.

So, how can you protect your inheritance? The first is by taking out a pre-nuptial or post-nuptial agreement and including a term that an inheritance will on divorce remain with the spouse for whom it was intended. Whilst pre-nuptial agreements are not currently binding on courts in England and Wales, they are increasingly taken into account by Judges in divorce cases.

The other safeguard is to keep your inherited assets separate to the matrimonial ones. Don’t use inherited money to pay off the mortgage on the family home. Don’t transfer ownership of any assets into joint names. Don’t live in the inherited property if you can avoid it.

If you are worried about the impact of divorce on your inheritance, come and talk to one of Townsend’s specialist family lawyers.